Ready to Defend Your Child's Rights 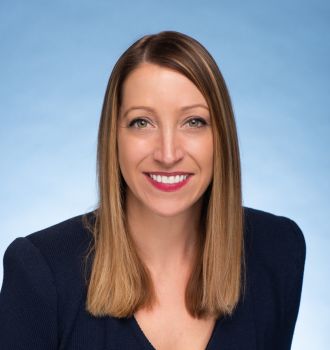 Jillian has been with the Feinstein Education Law Group since 2015. Her entire legal career has focused on representing children with disabilities. Before joining the firm she represented low-income children and their families in education law matters at Connecticut Legal Services for eight years. Jillian has helped parents and students all over Connecticut. Her experience includes representation in special education matters (including PPT/IEP meetings, mediations, due process hearings, and federal appeals) as well as representation at school expulsion hearings and school accommodation/residency hearings.

"I'm here to be your coach and your supporter as we pursue a favorable outcome."

Jillian is regularly invited to speak to parent groups, state agencies, and other attorneys/advocates about education law. She has also testified in front of Connecticut legislators on issues that impact children with disabilities in school. Jillian received a J.D. from the University of Connecticut School of Law and is admitted to the Connecticut State Bar, the Federal District of Connecticut, and the Second Circuit Court of Appeals. She is also a member of the Council of Parent Attorneys and Advocates.

Jillian lives in the woods of Northeastern Connecticut with her husband, their two children, and a shaggy rescue dog named Captain.